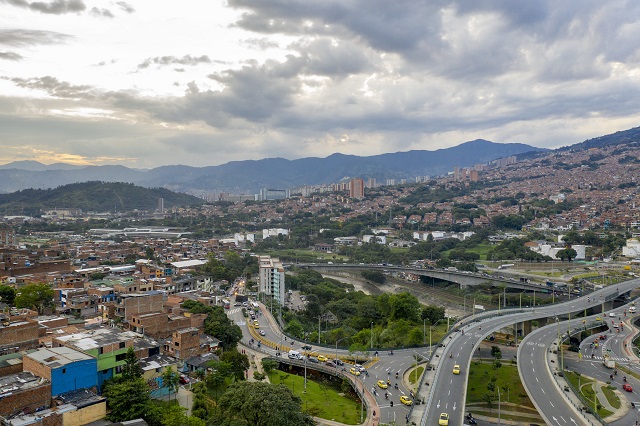 In the midst of COVID-19 precautions that have curtailed movement around the world, Colombia has released a new national road map for urban and regional mobility. It sends a powerful policy message that cities are saved by providing adequate access to people and goods, not by just moving around cars.

The policy has been several years in the making, but the COVID-19 crisis has made its release timelier. Public transit networks are facing unprecedented fiscal challenges but they have also proven to be critical lifelines during the pandemic, and many cities are advancing bicycle and pedestrian infrastructure to provide healthy mobility alternatives and reduce crowding on buses and trains.

To achieve more resilient, more sustainable cities after the crisis, good quality public transport and walking and cycling networks need to be high priorities. Colombia’s national policy is an evolution of the central government’s focus on mobility, from almost zero involvement 30 years ago, to gradually funding large public transit projects, to today’s integrated vision that includes walking, cycling and freight. There is much to laud in the new national road map – but still room for improvement in key areas, including equity and inclusion.

The national road map is a fairly comprehensive “white book” that starts with an extensive review of previous laws, policy documents, and regulations on transport and traffic, public transit, bicycles, urban and regional planning, road safety, air quality, climate change and logistics. The breadth of the document reflects the importance of transport to the nation and of urban transport in particular – 77% of Colombians live in cities, rising to 86% by 2050.

But despite some positive advances, Colombia’s cities continued lagging. More than 15,000 premature deaths were associated with poor air quality in 2016, resulting mainly from burning fossil fuels, which generates 12.3 trillion pesos ($3.2 billion) in losses annually from health effects, equivalent to 1.5% of Colombia’s GDP. Road safety is also a problem in many cities. More than 39,000 people were injured and more than 6,800 died in traffic crashes in 2018.

The national road map is therefore an important culmination in a long history of balancing national and local responsibilities. It acknowledges that urban mobility is a key sector to advance national objectives.

The Good and the Bad

Nevertheless, the new policy has three limitations worth mentioning. It does not make equity a high level goal, despite mentioning affordability of public transport and universal access for people with disabilities (and despite Medellín’s well-known example of creative and access-oriented transit planning, in Metrocable). Moreover, the policy does not mention gender issues in the diagnosis of transport issues and solutions. Women and men have different travel patterns. Failing to recognize these differences generally results in male-oriented mobility systems that disregard the travel needs of women and limits their access to the city, as highlighted by researchers and activists.

As well, though the policy supports the implementation of traffic calming measures, which is a speed management compliance measure, it fails to address speed management as a comprehensive tool to improve road safety. Bogotá is the only city in Colombia that has implemented a speed management plan and it has led to great results. It would be good to see speed management strategies and even city-wide 50 km/h (30 mph) speed limits replicated in national initiatives too.

A section on urban access roads and bypasses – e.g., beltways – is also a bit concerning. The road map seems to encourage building them as part of efforts to address congestion on the highways connecting cities to national roads. Bypasses are easier to fund using tolls, value capture mechanisms and public-private partnerships. But urban highways can also generate low density expansion, with all its downsides, which is something the road map explicitly notes elsewhere it is trying to avoid. It will be useful in implementation of the policy, and in future adjustments, to include provisions that mitigate the sprawl effects of these investments.

On the positive side, the new policy defines three high-level strategies: integrated mobility, institutional development, and financial instruments, with several action lines that include detailed supporting studies and activities by the Ministries of Transport, Environment, Housing and Urban Development, and other national institutions and local governments.

It is reassuring to see encouragement and guidance for walking and cycling infrastructure and bike-sharing schemes – all elements of Colombian cities’ responses to COVID-19 in recent weeks. It also notes the need to improve safety and labor conditions for informal pedicabs (just in Bogotá there are more than 4,000 such cabs), notes the importance of increasing the quality of public transport, encourages the implementation of traffic calming measures, improves licensing for car and motorcycle drivers, tightens enforcement of risky behaviors, and adheres to the UN World Forum for Harmonization of Vehicle Regulations.

The road map is not perfect yet, but as the most integrated vision of city-regional transport networks for Colombia yet, it holds the promise of helping to achieve both national and local sustainable development objectives.