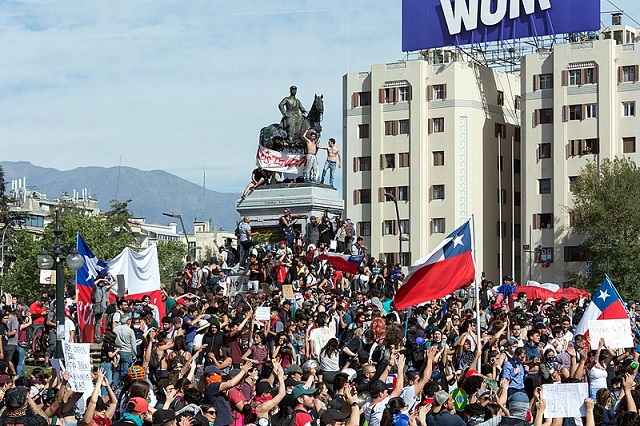 At least 17 people have been killed, hundreds more injured, and thousands arrested in what is Chile’s most severe period of civil unrest in years. While President Sebastian Piñera reversed the Santiago Metro fare hikes that initially triggered outcry, protests continue and damages are piling up. An official report indicates that 86 Metro stations were vandalized or destroyed, causing some $200 million in damages, according to preliminary estimates. Piñera also cancelled two upcoming global summits ‒ the Asia Pacific Economic Cooperation forum and the annual UN climate change conference (COP 25).

The protests lay bare the vast inequalities persistent in Chilean society ‒ inequalities that are felt most acutely in how people move and work within cities.

What Caused the Protests in Chile?

While a 4% fare hike of 30 pesos ($0.04) on Oct. 18 was the initial spark, the protests are really the explosion of a pressure cooker that has been growing for years, fed by profound socioeconomic inequalities. While the international community regards Chile as a regional success story for its economic growth, this growth has been unequal. According to the Organisation for Economic and Cooperation and Development (OECD), Chile is the most unequal of all 36 member states. The more than 1 million people who took to the streets in Santiago on Oct. 25 were protesting the rising costs of living, stagnant wages, inadequate health and education, shrinking public services, and the rising gap between rich and poor.

Transport is one area where these inequalities are most evident.

Juan Carlos Muñoz, director of the Sustainable Urban Development Center (CEDEUS) of the Catholic University of Chile and University of Concepción, noted in a letter to the editor of La Tercera that there is severe social and economic segregation in the city. Those who live on the periphery belong to the lowest-income households. They make the longest trips on transit that is sometimes overcrowded or unreliable ‒ even when traveling on the Santiago Metro, which is largely regarded as the best mass transit system in Latin America. 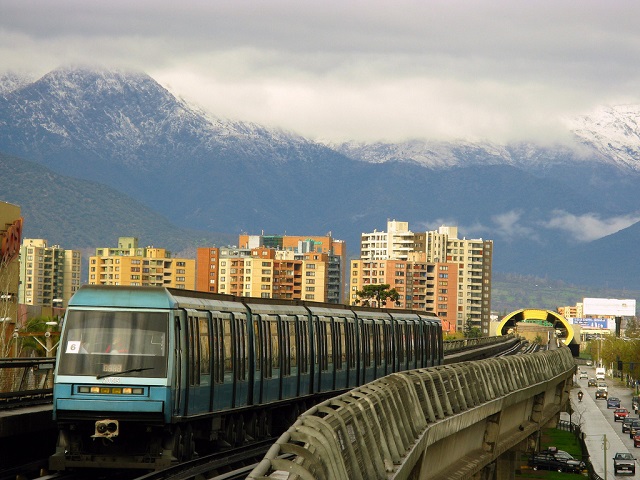 Researcher Juanizio Correa estimated transport expenditures for an average family ‒ comprised of two adults and one high school student, making 25 trips per month ‒ and compared it with family income. The results are appalling. For a low-income household, the estimated transport costs represent 28% of an average family’s income in Santiago. For a high-income household, it is less than 2%.

How Can Chile Fix its Transport Inequalities?

There are steps Santiago officials can take to reduce inequities in where people live and how they move around. It is imperative to have more mixed-use development ‒ where businesses and residences exist in the same neighborhood ‒ to ensure more jobs and services are located closer to where people live. Policymakers should also target transit subsidies to help low-income families especially, rather than lowering fares for all users. A lower fare for all requires higher subsidies, does little to address root problems, and could lead to poorer service quality. It is more efficient to give subsidies to those that need them the most.

All of this has a cost. One option is to charge car owners under the principle that the vehicles causing the most pollution and congestion should pay the most, as suggested by Arturo Ardila, chief transport economist at the World Bank. That would mean applying fuel, congestion and pollution taxes, and parking fees ‒ policies that cities like New York, London, Stockholm and Singapore are trying ‒ and sticking with them, even in the face of criticism. Asking drivers to pay for the true costs of maintaining roads and the health and climate impacts related to vehicle use would not only cause fewer people to drive, it would raise money to improve lower-carbon forms of transport like public transit and pedestrian and cycling infrastructure.

Santiago can also improve its existing transit options. As in other cities around the world, without quality and convenience, more users will shift their trips from public transit to private cars. In Santiago, the Metro is recognized for its quality, but buses receive lower satisfaction ratings. It is necessary to improve both.

The difficulties in Santiago show the importance of considering equity and access for all in urban planning. There are large underserved populations in many cities that are stuck paying high prices to get where they need to go. Generally, they can afford it ‒ but just barely, and with little room for change or contingencies. By improving access to opportunities for these underserved populations, cities solve problems of deteriorating environmental quality, economic competitiveness and social dislocation.

A version of this article first appeared in Spanish on El Tiempo. This blog also appears on WRI’s Insights.