Metrocable is a finalist for the WRI Ross Prize for Cities.

Medellín, Colombia, used to be the murder capital of the world. With the explosion of the global drug trade in the 1980s, crime burgeoned, plunging the city into a state of lawlessness. Slum communities, stacked up along the perilous slopes of the surrounding Aburrá Valley, were on the front lines of the violence and mayhem.

But today, Medellín is transformed.

Among the hillside neighborhoods spreading out from the city center, there are new businesses and plazas. In places where public investments were noticeably absent, there are now libraries, schools and parks. People congregate to play and socialize, and commerce is thriving.

Such a transformation always involves many moving parts, but much of this turnaround can be credited to the development of a new transit system and associated public investments that encouraged stronger community bonds in key neighborhoods and helped reconceptualize what it means to be part of the city.

In 2004, Metro de Medellín opened the world’s first aerial tram system, Metrocable, connecting slums in the city’s hillsides to its downtown center and the rest of its transit network. Where a trip into the city center might have taken two hours and multiple fares, residents can now get there in just 30 minutes and pay only once. Metrocable now has three lines with two more under construction.

The soaring trams have not only helped people get around more quickly and affordably, they’ve expanded access to opportunity and encouraged new public investments in previously neglected areas. 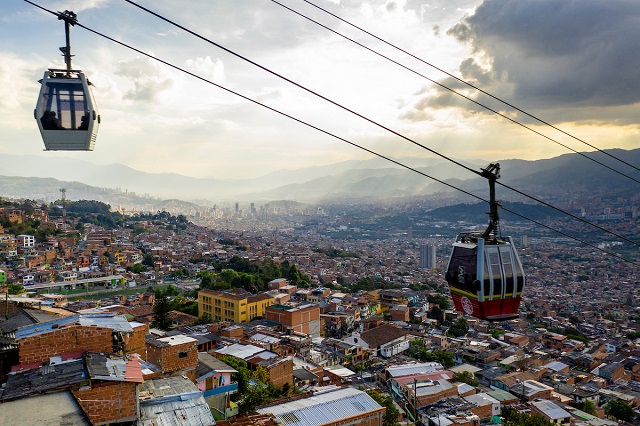 Building Out to Bring People In

A series of constitutional reforms in the 1990s allowed for the Municipality of Medellín to take greater ownership of projects to improve the city’s informal areas, which had expanded rapidly with little basic infrastructure like roads, transportation and public spaces.

After the election of Mayor Luis Perez in 2000, the city entered into a financial agreement with the publicly owned transit authority, Metro de Medellín, to help design and build Metrocable.

From the start, the city understood that without community buy-in, it could not achieve the objectives of the project. In an effort to overcome community fragmentation from decades of violence and minimal positive state presence, social workers from Metro de Medellín fanned out to run workshops and gather data on how people lived, moved and associated with one another in some of the city’s poorest neighborhoods. As the launch of the first line, Line K, approached in 2004, Metrocable intensified social outreach to ensure residents understood how to use the system responsibly. Social workers engaged more than 40,000 people. 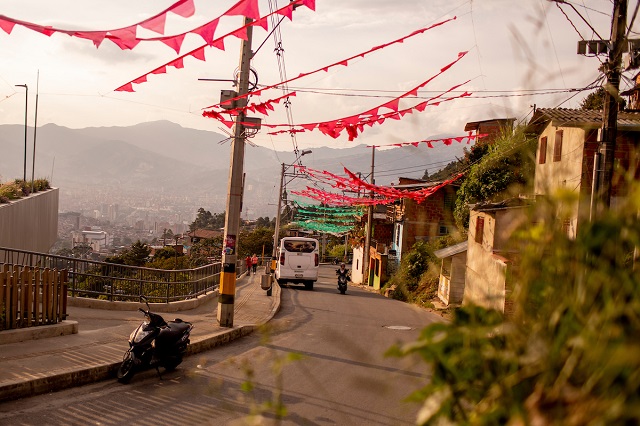 In the same year, Mayor Sergio Fajardo was elected on a platform of social urbanism, promising to broaden the city’s efforts to improve underserved areas by investing in public spaces and community institutions such as banks, libraries and schools. His efforts to bring large-scale improvements to communities through targeted public projects helped bolster confidence in the state, signaling a new era in community relations with the municipality.

“A Blessing from God”

Citizens saw the benefits of Line K very quickly. New businesses opened around its four stations, land values increased and the city invested in over 40,000 square meters of public space for playgrounds and parks. Commute times and costs dropped dramatically, since residents could now skip over the warren of streets coming down the valley and connect directly to Metro de Medellín’s existing bus and rail network without paying multiple fares. Residents’ access to jobs and opportunities increased. 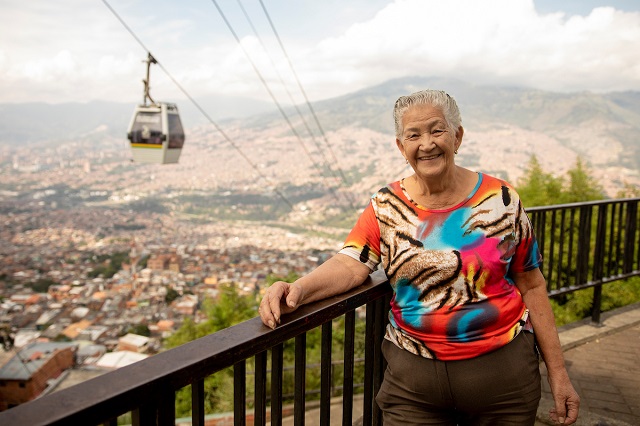 The social transformation was perhaps the most noticeable change. Citizens’ connection to their community and their city increased, the homicide rate dropped precipitously, and people started putting greater trust in government.

“After seeing what my neighborhood was like 20 years ago, and seeing it now, there has been tremendous development,” said Darwin Barrientos, who grew up in the area near Line K and is now a Metrocable station supervisor. “Being able to break the paradigm and being able to communicate easily with the city using a means of transportation which makes things easier for you, that was integration. That was social integration.” 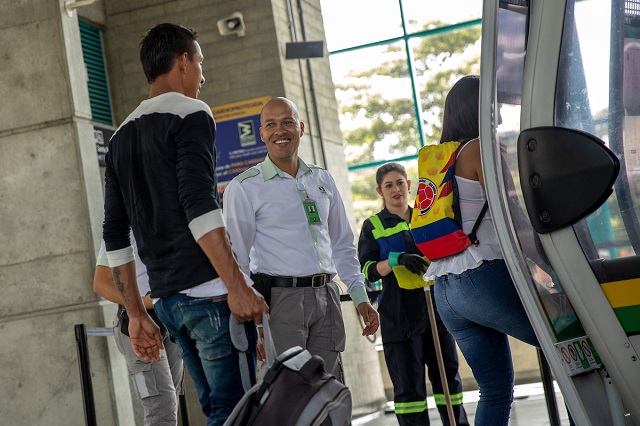 The success of Metrocable shows the value of coordination across different actors and institutions to bring dramatic change in cities. It was not only the transportation solution that kicked off Medellín’s transformation, but the local government’s investments in public services and extensive community outreach which strengthened social cohesion in some of its most neglected areas.

Other cities in Latin America have kicked off similar transit projects in the years since, hoping to spur social transformations, including Bogota and Manizales, Colombia; Rio de Janeiro and Santo Domingo, Brazil; and La Paz, Bolivia. Few have had the same level of accompanying investment and community outreach, however – or the same level of success.

Metrocable has redefined residents’ conception of Medellín’s borders, of who counts and who does not, integrating the city in more ways than one.

“The Metrocable has become a symbol for Medellín,” said Tomas Elejalde Escobar, general manager of Metro de Medellín, “a symbol of the transformation, of the equity that has been achieved between the different neighborhoods.”

Our blog series, Urban Transformations, spotlights finalists for the inaugural WRI Ross Prize for Cities, a global competition for exemplary projects that have ignited citywide change. The winner, selected from nearly 200 submissions from around the world, will be announced April 10, 2019 in New York City. For more information, visit wrirossprize.org.