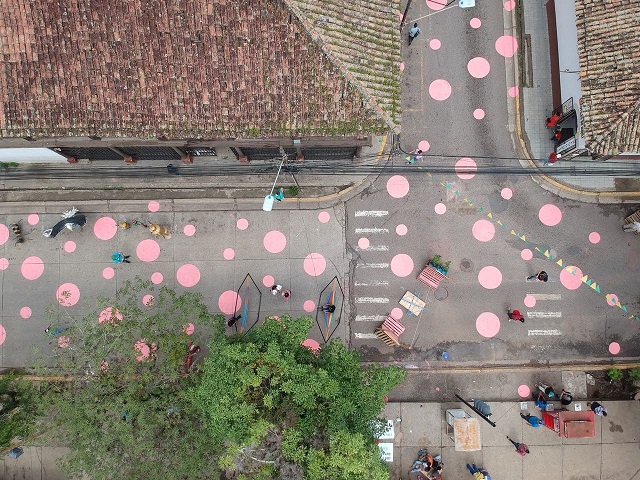 Streets in and around the city of Danlí’s historic center were transformed to be more inclusive and people-friendly. Photo by Rafael L. Valladares Rodas

Cities around the world are embracing the movement to make their streets work better for people, not just cars. From Bogotá’s Ciclovía, to Guadalajara’s Via RecreActiva, India’s Raahgiri Days, and Ethiopia’s Menged Le Sewe, many cities have adopted some version of a regular car-free day. Others, notably in Brazil, have implemented temporary, low-cost urban design changes in public spaces, like closing down specific streets to motor vehicle traffic for a few weeks.

These initiatives all seek to catalyze safer, more inclusive and less congested roads for pedestrians; promote walking and cycling; and create a greater sense of community.

Part of the beauty of car-free days is how flexible they are to local context – no one approach is quite like another, even within countries. And they can be useful for cities big and small.

Take Danlí, Honduras. Despite being small enough to traverse by bike in five minutes, this city of 85,075 is plagued by similar levels of congestion, pollution and traffic crash rates as some of the world’s megacities. To change this, the local government in 2018 restricted motor vehicles in and around Danlí’s historic center – a national heritage site – for six weeks between May and July.

The initiative, known as Calles Compartidas (“shared streets”), was implemented by Ciudad Emergente, a non-profit organization implementing human-centered urbanism, based out of Chile. For Calles Compartidas in Danlí, they blended elements of other car-free days with some of the tactical urbanism of “complete streets” interventions in São Paulo and Fortaleza.

Drawing from Santiago, Chile’s, experience implementing their own version of Calles Compartidas in 2016, a local team in Danlí and representatives of Ciudad Emergente worked with Mayor Gustavo Mendoza and other key stakeholders to plan the project. They formed strategic alliances with universities and educational centers, theater and dance groups, local law enforcement, and other institutions in Danlí to create a calendar of social, cultural and educational activities that would engage the community. To carry out this work, the Danlí team trained 100 core volunteers of all ages on project evaluation techniques, news and social media engagement strategies, and how to recruit additional volunteers. 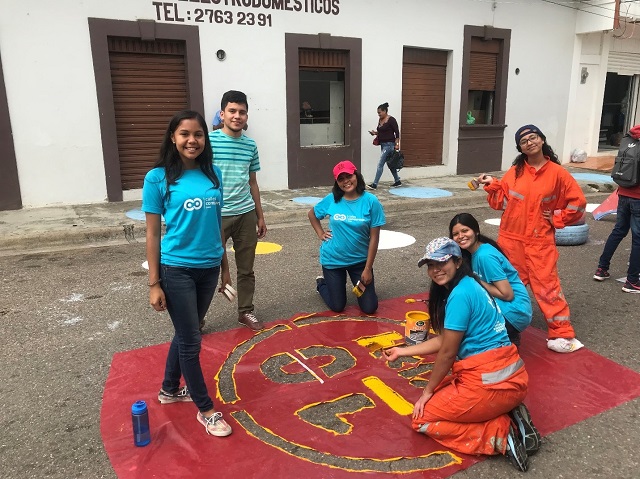 More than 5,000 people – mostly student volunteers – worked to transform the selected streets. They constructed street furniture and decorated pavement to convert roadways into areas that are more welcoming to pedestrians. The changes also helped residents visualize public spaces designed to be experienced on foot.

Students helped spread the Calles Compartidas message across the city, garnering strong buy-in and participation in community events, like outdoor exercise classes. To encourage discussion about urban mobility, volunteers distributed informational materials that promoted sustainable transportation and safe, inclusive sharing of streets among all kinds of people and all modes of transport. 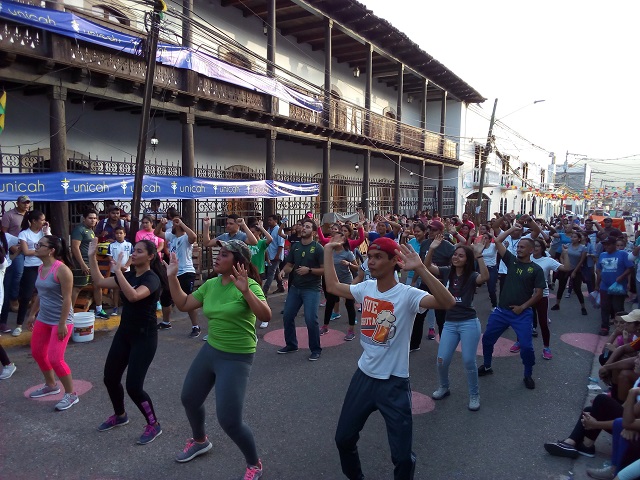 Using the People Moving Count tool developed by architect and urbanist Jan Gehl, volunteers estimated that the total number of pedestrians on the streets targeted by Calles Compartidas increased 58%. Community bicycle rides or “ciclopaseos” were also organized each Friday during the project’s intervention period, typically drawing up to 70 cyclists, to promote bicycles as an affordable and environmentally friendly mode of transport.

Toward the end of the project, volunteers installed two “idea trees” in the area, asking residents to share what they most liked about their city’s streets and what they still wanted to see. Common answers to the latter question included a desire for cleaner, more orderly and safer streets, and more respect for pedestrians.

In a survey conducted around the project area, 71% of residents said they thought the interventions increased pedestrian safety. Three quarters were in favor of completely pedestrianizing a street in front of the municipal museum and widening sidewalks, reducing the width of traffic lanes, and restricting parking in front of the town hall. 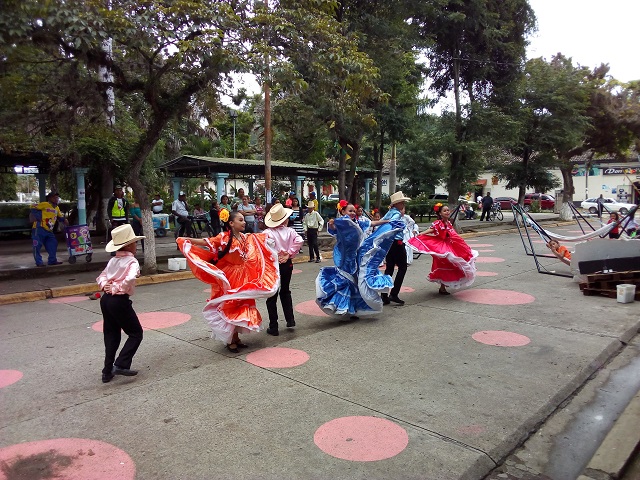 The impact of Shared Streets in Danlí extended beyond the end of Calles Compartidas. As elsewhere, the overwhelming public support for the experiment prompted some permanent changes too. Mayor Mendoza signed an agreement with Ciudad Emergente and Fondo Chile on July 24, 2018 to put an initial investment of $15,000 toward permanently pedestrianizing and transforming the streets in front of the town hall and the municipal museum. Street renovations began in December 2018 with the installation of metal bollards between traffic lanes and sidewalks to improve pedestrian safety.

Mayor Mendoza was also invited to Santiago to share Danlí’s experience with Chilean mayors and decision-makers and to further enhance the replicability of Calles Compartidas in other cities. In late 2018, Panama City launched a similar tactical urbanism project on one of its most congested avenues, leading to lasting design and behavior changes.