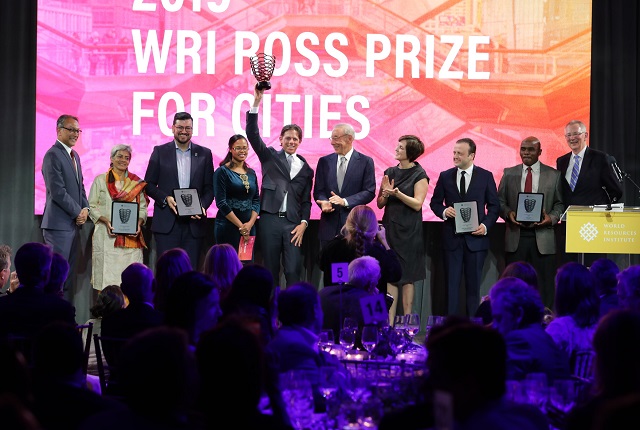 The inaugural WRI Ross Prize for Cities, a $250,000 award celebrating and spotlighting urban transformation, was awarded to SARSAI on Wednesday for its incisive, easily replicable and highly impactful approach to creating safer journeys to school for children in Dar es Salaam and other African cities.

The award was given at WRI’s Courage to Lead dinner, hosted by CNN’s Sanjay Gupta in New York. The prize is sponsored by business leader and philanthropist Stephen M. Ross, chairman and founder of Related Companies and a WRI Board Director. SARSAI was chosen by a world class jury of experts after emerging from among 200 applicants.

“SARSAI’s evidence-driven, incisive approach impressed the jury,” said Ani Dasgupta, Global Director of WRI Ross Center for Sustainable Cities. “They are leveraging limited resources for maximum impact, and the benefits extend beyond school areas. This is about creating livable cities where everyone has a chance to thrive.” 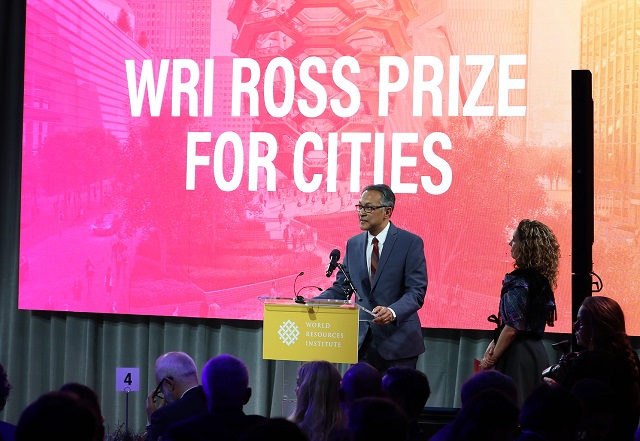 “This is about creating livable cities where everyone has a chance to thrive,” said WRI Ross Center for Sustainable Cities Global Director Ani Dasgupta. Photo by WRI

Globally, more than 1.35 million people die from road crashes every year and many more suffer serious injuries. Rapidly growing cities in developing countries have the highest rates of road traffic deaths and injuries and child pedestrians are among the most at risk. A child in Africa is more than twice as likely to die or be injured in a road crash than a child globally. In too many cities, navigating chaotic traffic on the way to school is the most dangerous part of a child’s day.

A program of the non-profit Amend, SARSAI (School Area Road Safety Assessments and Improvements) is using data to pinpoint the most at-risk school areas and implementing inexpensive but impactful safety changes, like adding speed humps, sidewalks, bollards and creating safer routes. These measures separate children from traffic and slow traffic speeds where children and traffic must interact. The result is safer trips to school and more pedestrian-friendly urban design.

A study conducted with the U.S. Centers for Disease Control and Prevention found SARSAI reduced injury rates by 26 percent and traffic speeds up to 60 percent around the schools where it’s been implemented, making it the first peer-reviewed intervention proven to prevent road traffic injuries in sub-Saharan Africa.

The program has benefited 38,000 children in Dar es Salaam to date, and its highly replicable model has allowed Amend to expand from covering just two schools in 2012 to more than 50 school areas in nine countries across sub-Saharan Africa today.

The WRI Ross Prize for Cities was created to elevate examples of urban transformation around the world and inspire others to learn from these changes. In December 2018, WRI identified five finalists who stood out from the pack for their transformational impacts. 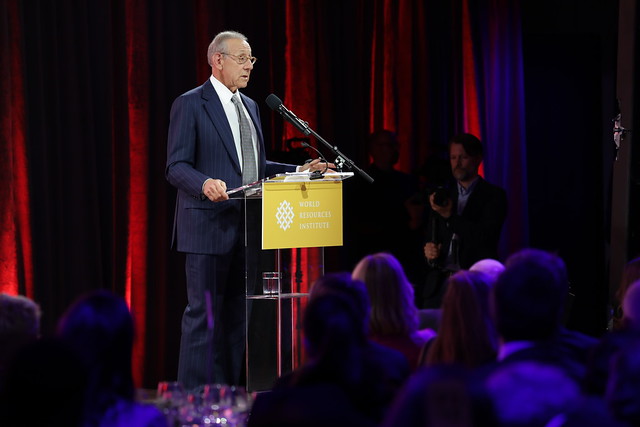 “Cities need to constantly evolve, and creativity and technology can play an important role in seeding change,” said Ross, who sponsored the prize and chaired the jury. “What SARSAI shows is that big changes can start small and make an important difference. SARSAI can quite literally save lives day one of implementation. They identified a critical problem and created an innovative solution that is clearly resonating. Our hope is that SARSAI and all of the 190 other initiatives submitted will spark change and inspire new solutions globally.”

SARSAI’s impact goes beyond the numbers, helping children understand that their safety, mobility and freedom in the city matters. 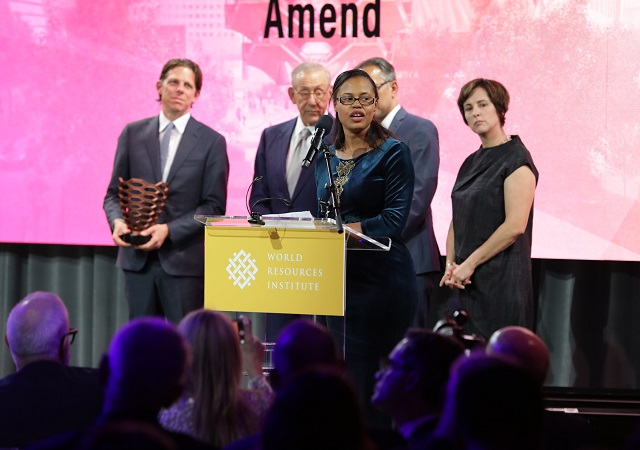 SARSAI’s Ayikai Charlotte Poswayo accepts the WRI Ross Prize for Cities and closes out the evening. Photo by WRI

“Road safety is about so much more than just saving lives,” said Ayikai Charlotte Poswayo, SARSAI Program Director for Amend. “By designing from the point of view of the child pedestrian, we are designing for the safety and security of all.”

The four runners-up for the WRI Ross Prize were:

These projects reflect the creativity and ingenuity spurred by a global move to cities. As urban policymakers face growing demand for services, infrastructure and jobs, they show the potential for solutions that can have an outsized impact and put cities on track towards sustainable, safe and equitable growth for more people.

“We’ve had this idea in our minds that big changes come from government and require large-scale investments, but these projects and many of the other amazing applicants show there are many paths and many sources of urban transformation,” said Jessica Seddon, Director of Integrated Strategy for WRI Ross Center. “In the end, the solutions that last and grow are created by and for people as much as any broader ambition.”