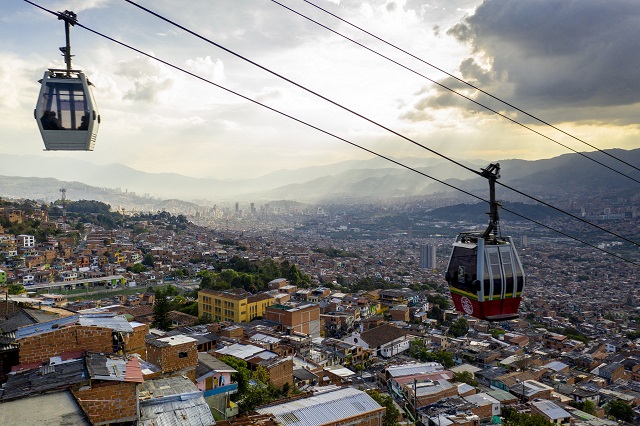 Metrocable cars travel to and from the hillside neighborhoods in Medellín, Colombia. Photo by Kyle LaFerriere/WRI

Positive change happens in cities, but it’s often lost in a sea of bad news about air pollution, rising costs of living, traffic jams and inequality.

When we launched the WRI Ross Prize for Cities in February 2018, we aimed to spotlight projects that have had a positive transformative impact on their communities and cities. We ultimately uncovered five initiatives generating life-changing impacts.

SARSAI, which works to save students’ lives in Tanzania, won the first WRI Ross Prize for Cities.

These projects counter the idea that big shifts only come from governments and require large-scale investment. They also shed light on what it really takes to change cities for the better. Here are a few insights:

1. They Don’t Accept Things the Way They Are

We created the WRI Ross Prize for Cities to discover a certain kind of change – the kind that starts at a human scale, with individuals and organizations that everyone can identify with, and grows to have an outsized impact. All the projects consist of persistent and often rebellious urban change makers. In seeking to create better cities, they challenge conventional wisdom and values, and work to overcome deep-rooted patterns of exclusion, injustice or degradation.

Durban’s Asiye eTafuleni grew out of a conviction that decades of racist apartheid-era urban design must be dismantled, and that those who suffered most from past injustices are key to reversing disinvestment and neglect. Pune’s waste picker cooperative, SWaCH, challenges the stigmatization and chronic undervaluing of a marginalized group that is nevertheless serving an important function for the city. And in Dar es Salaam, the non-profit Amend places the most vulnerable and disempowered road users – school children – at the heart of urban design.

When administrations change, disasters strike or new policies mandate action, there is a window of opportunity. Seizing these moments to change systems requires deep knowledge of the local context and a strategic understanding of the opportunity at hand.

When an earthquake struck Eskişehir in 1999, the city had already endured many years of decline and decay. The new administration was led by a mayor who had spent years as a rector at a local university, where he had engaged in many workshops and brainstorming sessions about the future of the city. He and his administration knew their city’s problems and had already begun exploring potential solutions. When the earthquake hit and created a need for urgent action, they were ready to mobilize a broad base of civil society groups, NGOs and business leaders.

The Eskişehir Urban Development Project reinvented a polluted and crumbling city in Turkey.

In Pune, SWaCH emerged after a decade of self-organizing by waste pickers. When the state government introduced a deadline for door-to-door waste collection in every city, Pune’s long-time waste picker trade union, KKPKP, was ready to step up. Harnessing the relationships it had built among waste pickers, local academic institutions and city agencies, KKPKP quickly brought SWaCH to life as a “win-win” solution to the new policy mandate.

3. They Draw Others In

Nowhere is this truer than in the case of SARSAI in Dar es Salaam. The program’s engineers, sociologists and educators – some of them parents to young children themselves – brought to life a community of road safety advocates. Concerned parents, teachers, community leaders, government officials, construction workers, drivers and even financial institutions have all become a part of making roads safer for children and all pedestrians.

SWaCH is held together by a series of reciprocal relationships. Households rely on waste pickers for waste collection; waste pickers receive compensation for their service; and the municipality provides benefits to SWaCH workers as long as the electorate is happy with their service. SWaCH coordinators, often college students, act as the connective tissue between these parties by resolving disputes and ensuring all households receive trash collection services.

4. They Know Their Strengths

There are many paths and sources of urban transformation – whether it’s a municipal government, a shoestring non-profit or a well-resourced transit agency. And the entity that carries a project forward can ultimately evolve over time.

“In the long run, a road safety NGO can’t provide safe infrastructure for all schools in sub-Saharan Africa,” said SARSAI Program Director Ayikai Charlotte Poswayo in an interview with WRI. “It needs to be promoted and done by government.” SARSAI tries to set an example for public authorities and financial institutions, using data to demonstrate technical feasibility and civic buy-in, but ultimately aiming to shift budgets and policy.

In contrast, Medellín’s transit agency understood just how much influence it had over the decision to introduce Metrocable, a new and untested mass-transit solution. No other entity could have pushed through a novel technical solution like aerial tram cars, while achieveing the technological, social and policy innovations needed to make it successful.

5. They Are Resourceful and Willing to Adapt

Urban transformation is filled with stops and starts and setbacks. It also has no clear finish line, in many cases. The capacity to improvise is essential.

The founders of Asiye eTafuleni (AeT) in Durban – former municipal officials themselves – responded to the twists and turns of urban change with perseverance and ingenuity. They had a vision for healing past social injustices through the inclusive governance of public space. That came under sudden threat when the city announced plans to demolish a section of Warwick Junction in the lead up to South Africa’s 2010 World Cup. AeT quickly pivoted towards community organizing, legal education and advocacy to preserve the market, a necessary step before resuming efforts to redesign the area.

Eskişehir’s Mayor Yılmaz Büyükerşen, too, is credited with almost legendary resourcefulness. Stewarding the city’s revival in a time of economic crisis in Turkey and in the wake of a major earthquake, he found resources and mobilized support through his university connections. He cold-called a premier financial institution and obtained Turkey’s only municipal foreign investment at the time. Local construction and infrastructure enterprises helped make priority projects a reality, enabled the city to meet its debt repayments, and earned revenue by selling services and goods to other cities in the region.

Transforming cities is a gargantuan task, but it is possible. Evidence shows that sparking and sustaining change requires many ingredients – vision, readiness, coalitions, resources and perseverance, among others.

However, there are some underlying questions that require more attention.

How do you know transformation when you see it,especially when it is just getting going? Not all change is transformational. Deep changes shift the way a city functions – not just its built form, but its underlying social systems, too. Overcoming inherited patterns of exclusion, neglect or risk is a key part of transformation, but we need a deeper interrogation of the hallmarks of transformative change so that we can support it more effectively. 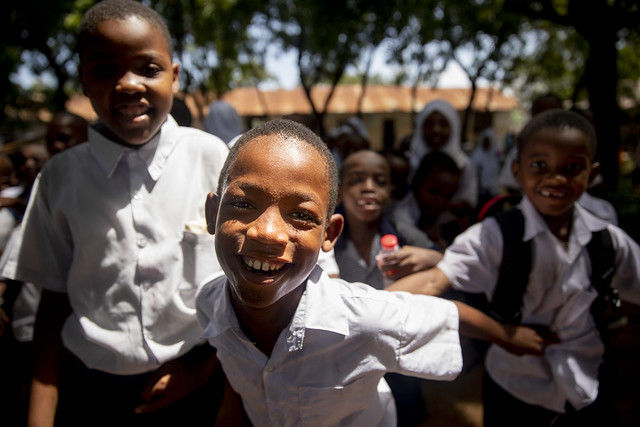 Children play in the school yard of the Mikumi Primary School in Dar Es Salaam, Tanzania. Photo by Kyle LaFerriere/WRI

We also need to better understand how external forces affect transformation. For example, how can technological innovation enable new business models like ride-hailing and the sharing economy? Conversely, a change in government can uproot existing policy agendas in an instant.

To create a better future for all cities, we need to understand both sides of the equation: how projects should be designed to be most effective, as well as how larger external forces can affect interventions. This will help us understand how to create lasting and meaningful change in cities.