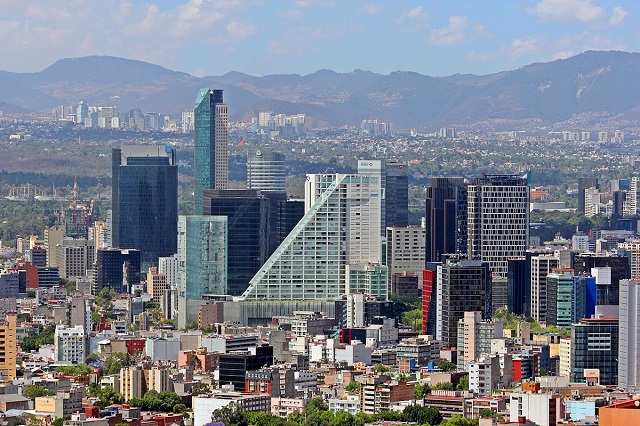 Mexico is poised for massive construction over the next 10 years. Will it pursue zero-carbon buildings? Photo by Alejandro Islas Photograph AC/Wikimedia Commons

The global battle against climate change will take place in the world’s buildings.

Buildings produce nearly 40% of global energy-related emissions. And while the latest research shows the world needs to reach net-zero-carbon emissions by 2050, the concept of a “zero-carbon building” ‒ one that produces no net emissions ‒ is still nascent and misunderstood.

Mexico is one country starting to define what the transition to zero-carbon buildings could look like.

As the second-largest construction market in Latin America, the country is poised for significant growth in its buildings sector, estimated at 2.6 million new residential units and $286 billion in total investment between 2018 and 2025 alone. How it designs these buildings will have implications for the country’s ability ‒ and the region’s and world’s ability ‒ to curb climate change.

Zero-carbon buildings are achievable in Mexico today given the current policy landscape, which is more favorable than in many other emerging economies. And we’re starting to see promising signs of market momentum toward their broader adoption.

What Are Zero-Carbon Buildings?

Zero-carbon buildings, or ZCBs, are structures that meet all their energy needs by being highly efficient and totally powered by zero-emissions energy, either on-site or off-site. ZCBs not only eliminate greenhouse gas emissions; they can also reduce or eliminate other air pollutants, reduce energy and operating costs for buildings, improve health and safety inside buildings, and boost buildings’ resilience to climate impacts.

Energy efficiency and renewable energy technologies are now available just about everywhere, though in many places, policies and regulations have not caught up with technological advancements or the imperative for quick adoption in all buildings. Despite these hurdles, recent research shows that there are multiple ways to implement ZCBs in most countries today. 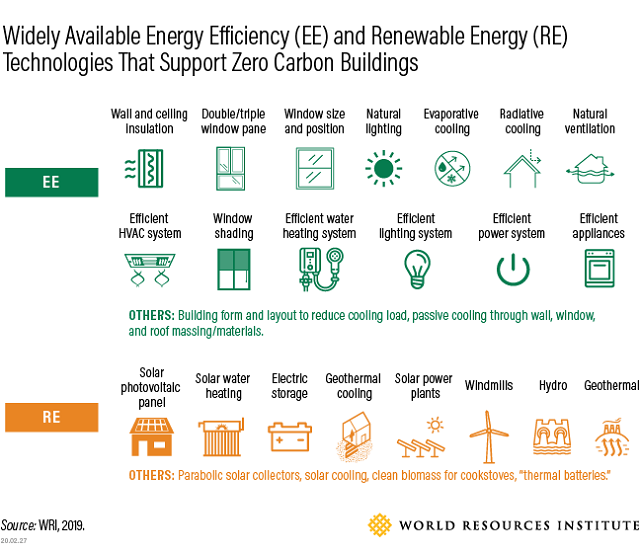 WRI’s Accelerating Building Decarbonization paper identified eight pathways to achieve ZCBs, each with a different combination of energy efficiency, off-site and on-site clean energy, and, as a last resort, carbon offsets. Mexico’s current foundational policies and market activities enable these pathways for many buildings. With the right additional policies and investment approaches, Mexico is poised to succeed in making pathways to zero-carbon practical for all buildings.

Mexico has several critical, foundational policies for energy efficiency and distributed clean energy. The country established building energy norms and an energy code (IECC-Mexico) that require energy-efficient construction practices. The national government also has programs to provide incentives for efficient construction (INFONAVIT’s green mortgage program and SHF’s EcoCasa program). The country passed regulations and provided incentives to open the market to distributed renewable energy, like net metering for on-site solar photovoltaic systems up to 500 kilowatts, which allows owners of renewables to sell their energy onto the grid.

Local governments and the private sector are acting, too. Yucatan State became the first jurisdiction in Mexico and one of two in Latin America to sign on to the Net Zero Carbon Buildings Commitment, stating its intention to reach zero emissions in its building portfolio by 2030 and work toward all buildings in the state achieving zero emissions by 2050. Mexico City offers property tax reductions for buildings with solar hot water systems, while Merida has implemented a property tax reduction for solar photovoltaic systems. Within the private sector, the EDGE certification system, which has been adopted by many developers in Mexico, announced EDGE Zero Carbon in September 2019, which will enable buildings to be certified as ZCB at a marginal additional cost.

The buildings market is also innovating through government programs and private initiatives as ZCB technologies become more affordable and available. Several houses in the cities of Morelia and Nogales have now been built to the Passive House standard through the LAIF Component of the EcoCasa Program, reducing energy consumption by 70-90% and cutting CO2 emissions by approximately 80%. While these homes don’t yet have renewable energy supply, on-site generation alone would be able to meet the homes’ energy needs and move them to full ZCB status. 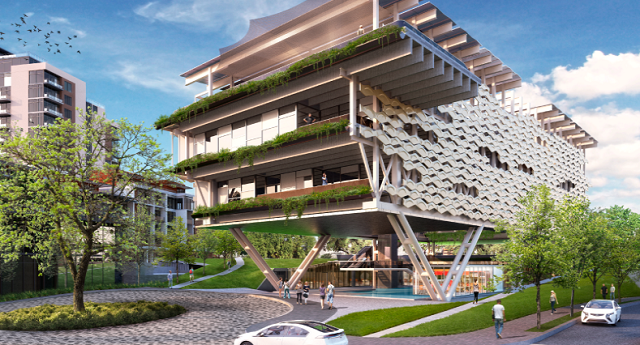 A commercial building project in the city of Monterrey, the OUM Wellness Center, is currently under development and looking to achieve Zero Energy Certification. Others are close to achieving net-zero carbon. Ciinova, a building located in the city of Queretaro, reduced energy use by 56% and installed on-site PV panels. Many other buildings from energy-aware architecture firms, like Bioconstrucción y Energía Alternativa in Monterrey, have reduced energy use by 30% or more and have installed on-site PV panels. 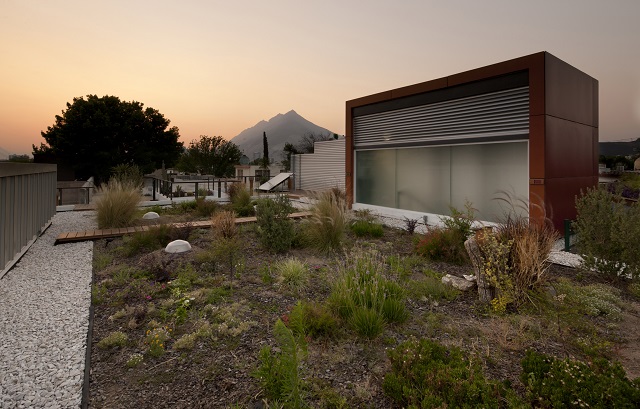 While Mexico’s green building and ZCB market is more developed than those in many other emerging economies, it’s still nascent compared to the country’s buildings sector overall and the urgent need to transition to ZCBs. While adoption is increasing, the International Finance Corporation estimates that only about 9% of new construction in the country will be green buildings by 2025. Mexico is moving too slowly on fully implementing its green building policies and actively encouraging more ZCBs. Only a handful of state or local governments are working to formally adopt and implement the national building energy code. And energy generation regulation in Mexico makes it much harder for residential and other small buildings to obtain ZCB status, because only buildings with an aggregated electricity demand of 1 megawatt or greater (mostly large commercial and public buildings) are allowed to purchase off-site clean energy through a power purchase agreement or a green tariff.

Two ways Mexico can immediately make progress on ZCBs are committing to the Zero Carbon Buildings for All initiative and including building decarbonization in its updated national climate plan (NDC), set to be released later this year. These actions would provide focus and momentum toward implementing needed policy improvements.

Mexico has an opportunity to be a leader on ZCBs. Other countries, especially those in Latin America, are watching Mexico given its size and the importance of its construction market. They need a leader to follow. Mexico has a history of innovation and regional leadership on energy efficiency and green buildings. Now it needs to rise to the challenge again and step up its ambitions to meet the urgent ZCB imperative.

Eric Mackres is the Data and Tools Manager for Urban Efficiency & Climate at WRI Ross Center for Sustainable Cities.

Fairuz Loutfi is the Climate Change Manager at WRI México.