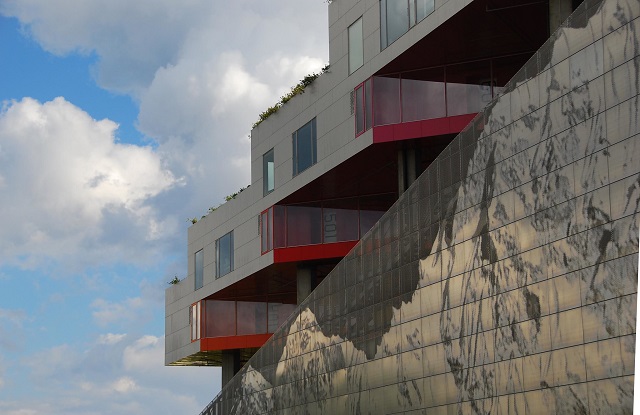 China, Costa Rica, Denmark, Ethiopia and the United Kingdom have all made significant progress over the past few decades in decarbonizing their energy systems. Photo by Rob Deutscher/Flickr

Getting to a net-zero-carbon energy system is essential. It will be a major effort, one that requires significant investment in new low-carbon infrastructure, from renewable power plants to electric vehicles, efficient appliances and better constructed buildings. While very few countries are on track, China, Costa Rica, Denmark, Ethiopia and the United Kingdom are further along than many others.

These countries are all over the globe at all levels of development. Some arrived where they are by intent; others were helped by geography or history. Yet they all reveal lessons about the net-zero emissions transition needed in all countries to avert the worst impacts of climate change.

How Can Countries Achieve Zero-Carbon Energy?

Energy production and use accounts for about three-quarters of global greenhouse gas emissions, making it the most important element of a net-zero emissions strategy for many countries. Three main strategies can help countries meet energy needs with zero-carbon emissions: optimize, electrify and decarbonize. Essentially, all countries need to:

These strategies are needed in all the major energy-using sectors ‒ buildings, transportation and industry ‒ as well as in the power system.

Some countries are further along on these three strategies than others, as indicated by their improvements in energy intensity, degree of electrification of energy use, and portion of their electricity that comes from zero-carbon sources. China, Costa Rica, Denmark, Ethiopia and the United Kingdom have some of the best scores on these indicators in the most recent available data, or have made significant progress over the past few decades on two or more indicators.

These indicators alone do not tell the whole story of a country’s decarbonization path and needs, but because comparable data is available for all countries through the IEA and the World Bank, they make it possible to assess all countries in a consistent way. And because these are relative (percentage) indicators rather than direct measures of absolute emissions, countries’ energy-related emissions could still be rising even as they improve on these metrics. This is currently the case for most rapidly growing economies ‒ where energy demand is growing significantly ‒ but not for many developed economies, where economic growth, energy use and emissions are decoupling. To achieve net-zero emissions, the improvements in these metrics in all countries will need to be large enough to overcome growing demand for energy services.

How Are Countries Decarbonizing Their Energy Systems?

There are at least six important factors behind these countries’ decarbonization:

2. Hydropower: In Costa Rica and Ethiopia, which get almost all their electricity from clean sources, hydropower has been the majority of generation from 1990 to the present. These original investments in hydropower were made before widespread concern for reducing carbon emissions, so the decisions were likely based primarily on the economics of harnessing low-cost, locally available resources. But these aren’t just legacy systems; both countries have invested in additional hydropower capacity as electricity demand has grown. Hydropower is similarly important in electricity systems in Brazil, Colombia and Kenya, which are also close to zero-carbon. Meanwhile, developing countries as a whole only get an average of 28% of their electricity from zero-carbon sources.

3. Investment in non-hydro renewables: Many countries’ progress on electricity decarbonization is being driven by investment in wind, solar photovoltaics and geothermal. Costa Rica, Demark and the UK all went from getting virtually none of their power from non-hydro renewables in 1990 to 20% or more by 2017. Kenya has also grown its capacity considerably, particularly geothermal. China’s renewables growth has been small as a percentage of its electricity needs, but huge in absolute terms, as it is now the largest market for solar and wind in the world.

Meanwhile, global progress on clean electricity has stalled, with the share of zero-carbon sources basically stuck at 30-35% since 1990. The past few years have shown an uptick in the zero-carbon share ‒ mostly coming from new wind and solar, while the share of nuclear and hydro is shrinking ‒ but progress remains slow compared to the urgency of getting to zero.

4. Growing wealth and economic modernization correlate with electrification of the energy sector: China is among the countries with the strongest growth in and highest share of electricity use compared to total energy consumption. Nearly a quarter of its energy consumption is now electricity, as opposed to other energy forms like direct consumption of fossil fuels like natural gas or oil, up from only 6% in 1990. Growth in the electricity share of energy can be seen in other countries that have experienced rapid economic growth and modernization, including India, Indonesia, Mexico, Turkey and the United Arab Emirates. Overall, electrification levels in other countries have been changing very slowly, with the global average moving from 15% to 20% since 1990, driven mainly by developing countries. Addressing this slow pace and making sure that electrification is reaching all end uses within each sector is imperative for decarbonization.

5. Building electrification has been significant; transportation has lagged: Electrification by sector varies considerably. By far the greatest electricity market share and growth is in the buildings sector, in both residential and services buildings. Globally, electricity increased its market share from 19% of all building energy consumption in 1990 to 31% in 2017. The growth has been greatest in emerging economies (Brazil, China, Costa Rica, India and Indonesia), while lower-income countries and developed economies generally experienced less change. This correlates with the growth of consumer classes in emerging economies and their purchasing of more electric equipment and appliances, such as lighting, fans and air conditioners, and a smaller portion of households using firewood or other traditional biomass fuels. The services sector ‒ which is more electrified in general ‒ also grew in these economies.

In contrast, transportation is only around 0-1% electrified in most countries and has shown very little change over the past three decades. China is the only notable exception, nudging up to 3.4% from 1.6% over this time period. This makes sense, as China is also the leader for electric vehicles, but even it has a long way to go to a fully electrified transportation sector. While the pace of change in transportation may be quickening now, this is only partially reflected in the most recent data from 2017.

Getting Onto a Pathway for Decarbonization

Some countries are positioned particularly well for decarbonization. But that doesn’t mean that other countries can’t also lead, even if they haven’t yet built as strong a foundation through previous actions. By learning from the leaders, all countries can chart a course to a zero-carbon future.

Eric Mackres is the Data and Tools Manager for Urban Efficiency & Climate at WRI Ross Center for Sustainable Cities.