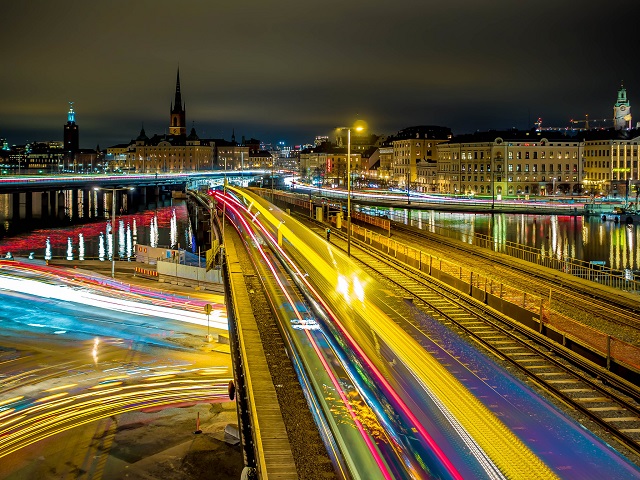 Over the past 50 years, transport planners have tended to focus on reducing congestion to improve people’s mobility within cities. But increasing road capacity, vehicle speeds and parking spaces have not solved urban traffic. Building more roads and parking just attracts more cars and locks cities into expensive, unsustainable sprawl.

Today, transport planners are recognizing that they need to work more closely with other sectors to improve accessibility within cities. Cities such as Singapore, Bogotá, Stockholm, Vienna, Hong Kong and San Francisco offer a high quality of life built around vibrant, walkable neighborhoods linked by efficient, high-capacity public transport.

In these compact, connected cities, people can live, work, study, shop and have fun without excessive travel. They also tend to produce fewer greenhouse gas emissions from transport, so compact and connected cities can also help to tackle climate change.

City governments have led the way in creating more compact, connected cities, building on success and learning from each other. Since Curitiba in Brazil piloted the first bus rapid transit system, a further 170 cities around the world have built their own. Since Paris in France and Amsterdam in the Netherlands first introduced bike-sharing schemes, over 500 cities have emulated them.

But city governments cannot improve urban accessibility on their own. They need supportive policies at all levels of government to encourage mixed-use development, discourage private car use, boost public transport use, and make it easy to walk or cycle. National governments have a particularly crucial role to play when it comes to reforming policies and governance systems to nurture compact, connected cities.

New research from the Coalition for Urban Transitions presents the results of a survey of 77 transport experts from 26 countries. These transport experts were asked to identify the key policies that national governments could deploy to foster more compact, connected cities. Their top five recommendations are:

Most national governments continue to spend more on building and maintaining roads than they do on mass transit, cycling lanes or sidewalks. Roads are important: They can connect low-density areas and they can support buses and bikes as well as cars.

But national governments can shift their spending away from roads towards infrastructure that primarily favors public transport, walking and cycling. Colombia, for instance, reallocated its national transport budget and supported city governments to do the same. The result is Bogotá’s highly successful BRT system and Medellín’s impressive metro, which transports nearly 300 million passengers every year.

The important lesson here is that supporting more compact and connected cities does not necessarily require larger transport budgets, but more strategic use of existing resources.

National land use, housing and transport policies have historically been developed by separate ministries. This has led to cities where residential areas are poorly connected to jobs, schools, hospitals and parks, so people end up driving long distances every day.

A growing number of national governments have required cities to create integrated urban mobility plans, including major emitters like Brazil.

Charging drivers to use a road can help to reduce congestion, distribute the social costs of driving more fairly, and improve air quality. The price can be set to closely reflect the real cost. For example, a higher congestion charge can be imposed on heavier and more polluting vehicles.

Singapore pioneered road pricing in 1975, and it has since been followed by London, Oslo, Milan, Stockholm and – most recently – New York. Several of these cities have strategically earmarked the revenue for reinvestment in public transport, so that road pricing not only deters cars but also helps to make alternative modes of travel more affordable, efficient and pleasant.

Many people who live in cities commute from a much wider region: They travel from Bonn to work in Cologne, or from Pretoria to work in Johannesburg. It therefore makes sense for national governments to establish transport authorities with responsibility for multiple transport modes across the greater metropolitan region.

These transport authorities should have sufficient responsibility for spatial planning, budgets and operations that they can meaningfully shape transport systems – as Transport for London has done so well. The Government of India is now supporting local governments in Hyderabad, Bangalore and Kochi to set up integrated transport authorities.

This strong mandate from the national government is essential, as poor coordination across different jurisdictions and service providers can otherwise undermine the effectiveness of the new authority.

5. Use Land Value Capture at Scale

Public infrastructure projects can boost real estate values and create major new business opportunities. Governments are seizing on this to generate revenue for those projects by taxing the rise in land prices, negotiating contributions from property owners, or strategically selling and leasing land around new transport infrastructure.

These “land value capture” instruments are ensuring that public funds are used for public benefits in cities from Harare in Zimbabwe to São Paulo in Brazil. Land value capture needs to be carefully designed to ensure that it doesn’t reward sprawl and displacement, but it has great potential.

Hong Kong, for instance, has financed most of its impressive metro system through property taxes and joint development of the increasingly valuable land around its metro stations.

The original version of this article appeared on Euractiv.

Catarina Heeckt is a policy fellow with LSE Cities.

Sarah Colenbrander is the head of global programs at the Coalition for Urban Transitions.