A World Resources Institute website
Urban Development
To Fix Housing, We Need to Talk About Land Use: Nora Libertun and Cynthia Goytia 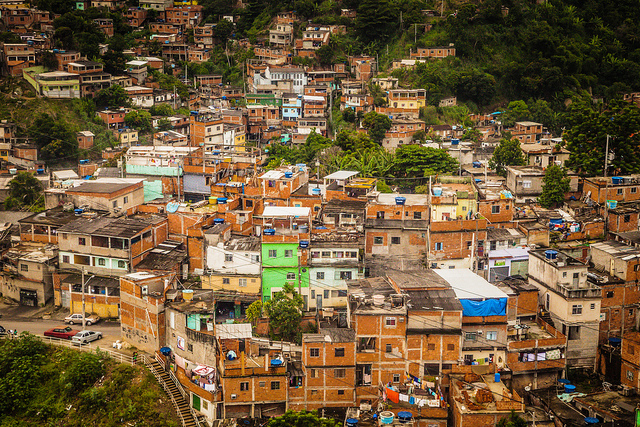 According to housing experts, land use policy is key to addressing the affordable housing crisis. Photo by annaspies/Flickr

Affordable housing is a crisis that only seems to deepen. Some 1.2 billion people in cities lack access to affordable, secure housing – a number that’s projected to grow to 1.6 billion people by 2025. Cities in the global south, surging in size, face the worst of the problem.

WRI Ross Center sat down with two housing experts who focus on Latin America, one of the most urbanized and yet unequal regions in the world. In interviews for the Cities Research Seminar Series, Nora Libertun de Duren and Cynthia Goytia discuss different angles on land use and its connection to housing.

Cities can’t achieve affordable and inclusive housing, Libertun and Goytia say, if they don’t do better planning for where to put it. As Goytia says, cities need to shift from thinking solely about how to finance housing to thinking about “housing policy in relation to land use policy.”

Steering Away from Sprawl

Libertun, an urban development and housing expert at the Inter-American Development Bank, says a big part of the problem is that “new units are being built on the urban peripheries while jobs are still concentrated in the center of cities.”

More compact development gives back to the urban ecosystem in myriad ways, providing better access to housing but also to jobs, amenities and city services. Preventing sprawl, Libertun says, can “increase prosperity for all” by saving infrastructure costs and lessening the burden of transportation systems, thereby lessening cities’ environmental impacts. The cumulative benefits to compact urban growth have been estimated at $17 trillion through 2050 by the Global Commission on the Economy and Climate.

Libertun notes that revitalizing downtown areas and promoting rental housing are important efforts that go along with working toward more compact cities to increase opportunities for residents. She cites Chile as a country that’s promoting rental markets with density in mind, and cities in Mexico, Ecuador, Colombia and Brazil as places working to revitalize downtown areas.

According to Goytia, head of the master’s program for urban economics and chair of the Centro de Investigación de Política Urbana y Vivienda at Torcuato Di Tella University, Buenos Aires, the “compact versus sprawling” framework is too simple.

She says this debate can distract from what the core focus should be: ensuring residents have equal access to opportunity, regardless of the city’s density. She enumerates a few policies focused on access that have been tested in other countries and that she endorses for Latin American cities:

These perspectives highlight how interconnected housing is with other urban issues; no matter how we tackle the problem, we can’t tackle it in a void. In Libertun’s words, “[when] we have better-functioning markets – both in terms of better access to housing, access to jobs – we will have cities that are more prosperous, more efficient and more inclusive.”

Hillary Smith is an intern on the communications team for WRI Ross Center for Sustainable Cities.