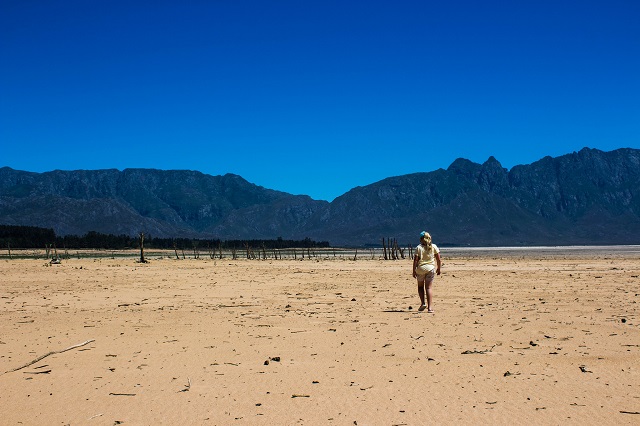 When Cape Town, South Africa, and Chennai, India nearly ran out of water, these two cities managed to avert Day Zero with solutions that were creative and effective but far from perfect. In Cape Town, there were mile-long queues of people waiting for hours for water. In Chennai, tanker trucks from faraway cities distributed water that was sometimes black and looked and smelled like sewage.

But the crisis revealed a dire picture of social inequity in both cities. While the rich could afford their own solutions, the poor had to wait for government help. For many of them, every day is Day Zero.

In 17 countries that are home to one-quarter of the world’s population, there is extremely high water stress, according to data from WRI’s Aqueduct tool.

This affords an opportunity for cities to learn from these crises, which required tailored short- and long-term responses to unique challenges. Governments might need to consider their governance structures, water infrastructure, plans for water shortages and other policies and plans. Some cities, like Chennai, can tap multiple natural water sources, while others, like Cape Town, can’t. Cities should learn from each other how solutions to crises like Day Zero might make inequality worse, and find ways to promote equity instead.

In Chennai, 9,000 public water tankers deliver water to residents daily, even when there isn’t a drought. Private companies, often hired by affluent residents, send 5,000 more tankers. During last summer’s crisis, more tankers were required, from further away, and they often filled up from farms, mines or unregulated water sources. A recent WRI report found that in Mumbai, water from a tanker truck can be 52 times more expensive than piped water. In Cape Town, the government decided that areas with informal settlements where water access was already limited would continue to receive water during the Day Zero period in 2018. To supplement the dwindling water supply, Cape Town officials opened natural springs at the base of Table Mountain, far from the city’s informal settlements and inaccessible by public transportation.

In both cities, women took on the additional task of collecting water, exacerbating the existing gender and social inequities. In Chennai, women lined up for hours to fill their pots. Capetonian women had to walk long distances to fetch water.

Cape Town addressed the crisis in part by changing people’s behavior: the city implemented a 50-liter restriction on water use, which made water conservation everyone’s responsibility. However, there were unintended consequences that harmed thousands of car-wash workers. When some Capetonians from an informal settlement were seen washing their cars during the water restrictions, public outrage followed. Many car-wash workers were arrested and thousands lost their jobs in water-dependent sectors. For people whose income relied solely on the use of water, these restrictions and behavior change efforts proved extremely costly.

Chennai’s main strategy to cope with the crisis was sourcing water from the city’s outskirts, often at the expense of impoverished farming communities. The private tankers’ indiscriminate and often illegal use of rural water sources led to excessive drawing of groundwater and emptying an entire water tank in one village. Farming communities that grow water-intensive crops such as rice and sugar cane protested the water tankers taking water from the farmers’ dwindling supply. In contrast, Cape Town received water donations from farmers during the crisis.

In Chennai, a water train carried millions of liters to the city during last summer’s shortage. While the train was supposed to bring in 10 million liters of water daily, fulfilling only a small percentage of the total demand, the water went directly into the city’s piped water system. Some areas of Chennai have more reliable pipes than others, but even having pipes does not mean that water is available within them. Many Indian cities only provide water for a couple hours a day. With no transparent data available on water quality, availability, affordability and other metrics, especially in informal areas, it is hard to determine whether this solution addressed the problem or made water access even more unequal.

When Day Zero looms, cities often implement stopgap solutions. But the main reasons for the crisis may be long-term, such as poor water management, lack of rain and population growth. Both Chennai and Cape Town built desalination plants and made commitments to build more, but these plants may take years, even decades, to build. There is a lack of long-term funding commitments to improve equitable access. When Day Zero and water shortages affect the middle class, middle class solutions are presented, such as private company water tankers, shortening showers or otherwise using less water. But often, the poor continue to suffer from water stress and shortages after the headlines fade.

These lessons shouldn’t just be heeded during a crisis. Cape Town and Chennai should serve as cautionary tales: cities need to act now, before city water shortages and drought reach the crisis point.

The Sustainable Development Goals set out an urgent push for countries and cities to create a sustainable, livable future for everyone. This requires policies and technical solutions that consider equity. As the world becomes more urban, cities must offer efficient, sustainable and equitable services to all their citizens. Equity is no barrier to urgent action.

Ayushi Trivedi is the Gender and Social Equity Research Analyst for the Governance Center at World Resources Institute.

Marlena Chertock is the Communications Specialist for the Governance Center at World Resources Institute.