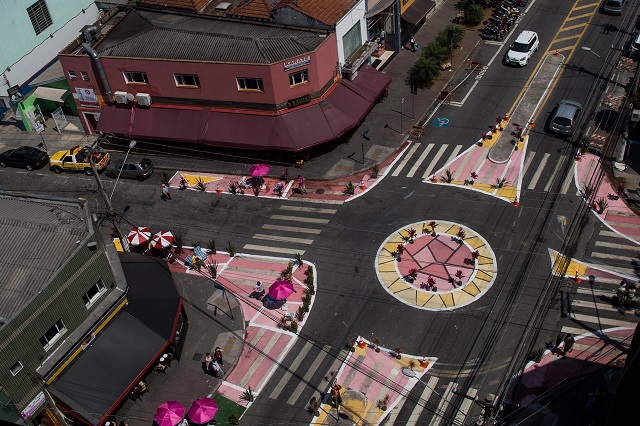 From reimagining streets to living with water, cities are experimenting to adapt to a changing world. Photo by Victor Moriyama/WRI Brasil

Big ideas can forever alter the fate of cities when they are written into cement, steel and stone. When St. Petersburg, Russia, was created in 1703 by Peter the Great, he envisioned the new capital as an emblem of a modern Russian empire, inspired by Western European trade hubs, such as Amsterdam. In the 20th century, Chandirgarh, India, was modeled on English “Garden Cities” in order to make a statement about progress and aspirations of prosperity in post-partition India. Half a world away in the United States, Detroit transformed itself into one of the world’s industrial megacities, shaped by the ideals of the American Dream and Henry Ford’s visionary manufacturing.

These big ideas challenged existing perceptions, values and paradigms about the meaning of progress, modernity and success. They embodied the audacious visions of their creators and challenged prevailing perceptions about urban life. Sometimes, as in the case of the Motor City, this lofty envisioning led to both the city’s rise and its undoing. But other planned cities retain their magnetism and evolve, even setting new trends and fashions.

Traditional ideals of urban life are changing as environmental and economic pressures on cities grow. Inspired in part by submissions to the inaugural WRI Ross Center Prize for Cities, we explored some of the latest big ideas that have the potential to transform cities.

Nowadays, grand master plans and visions for spatial development are less common than in the 20th century heyday of new towns and planned cities. Perhaps closest to a grand vision is the Barcelona-born concept of “superblocks,” an idea which seeks to reverse car-centric urban development. First implemented in 2016, superblocks limit car traffic to the perimeter of three-by-three block areas, allowing for transportation to be easily accessible to residents while creating oases for pedestrian, recreational and economic activity. At the heart of this idea is the desire to rebalance access to and use of public spaces, reduce air pollution and improve livability. Other cities in the Americas and Europe are watching and learning as Barcelona aims to convert over 70% of the city into 500 distinct superblocks, with a few already implemented and more underway. 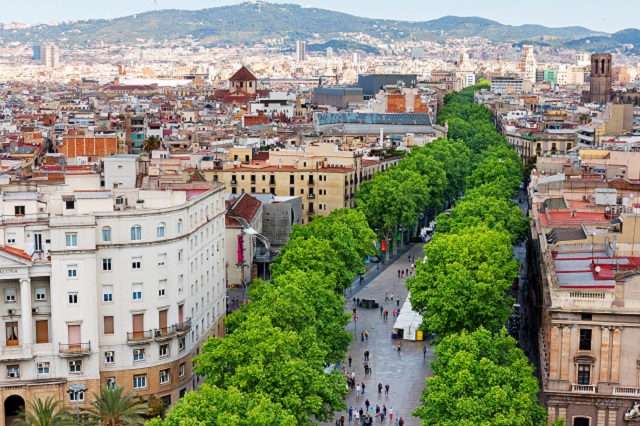 Las Ramblas, the historic pedestrian way at the heart of Barcelona, Spain. Photo by peresanz/iStock

Car-oriented urban design is coming under pressure as many cities experience increases in road injuries and fatalities, poor air quality days and traffic jams. In the United States, the concept of “complete” or “shared” streets was formally introduced in 2005 by a national coalition and radically challenged automobiles’ domination of public space. Less encompassing (and therefore less intimidating) than superblocks, it gives pedestrians, bicyclists and public transport users the same priority as motorists. Today we are seeing different versions of this approach around the world, such as the Shared Space Program in Auckland, New Zealand; “tactical urbanism” in Porto Alegre, Brazil; and the Telegraph Avenue redesign in Oakland, California. Specifics vary, but generally these projects include elements such as active, mixed-use streetscapes, pedestrian-scale street furniture and green infrastructure. While complete or shared streets initiatives often start small, with pilots focused on one or two key roads, they are typically quick to spread as residents see the opportunities for active and safe mobility alternatives. 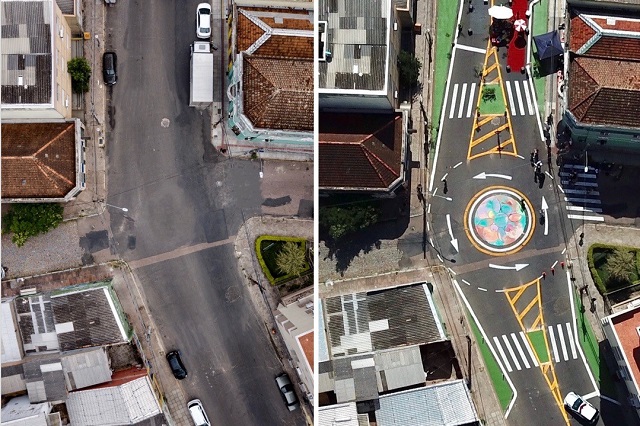 The João Alfredo Street intersection in Porto Alegre, Brazil, before and after a “complete streets” intervention. Photo by WRI Brasil

Traffic-related pollution and gridlocked streets are pushing cities to experiment with many ways to reduce the primacy of private cars. Giving people new ways to reach destinations and be active on foot, by bike, and by other non-motorized modes is another way cities are reacting to this challenge. Non-motorized mobility strategies can take different shapes, from temporarily shutting down streets, as during car-free Raaghiri Days in Indian cities, to permanent investments in high-grade infrastructure, such as London’s bicycle “superhighways.” Perhaps the most powerful symbol of this new movement is in Atlanta, Georgia, an icon of car-centric urban sprawl. The Atlanta Beltline, currently under development, aims to repurpose the city’s defunct rail line into paths, parks, trails and light-rail, and uses sustainable mobility to connect more than 40 socioeconomically diverse neighborhoods across the metropolitan area. 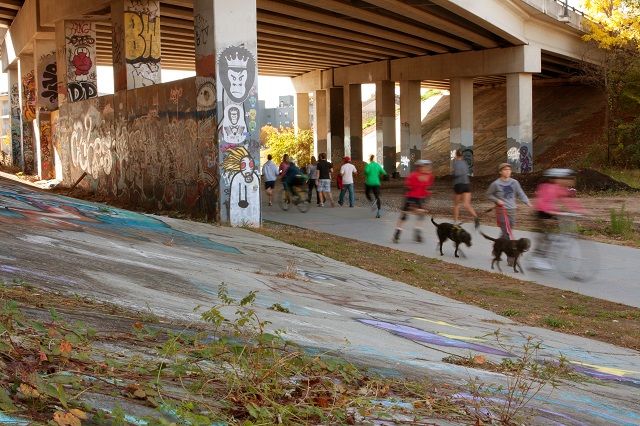 One section of the Atlanta Beltline project, where people are taking advantage of repurposed rail lines for walking and cycling. Photo by Blulz60/iStock

A number of coastal and delta cities are currently rethinking their relationship with water, with good reason. As the planet warms, rising sea levels and increasingly unpredictable weather events are wreaking havoc on many low-lying and coastal cities around the globe.

New Orleans historically dealt with excess water by pumping and draining it into the surrounding lakes and river. But this method has proven ineffective in major events such as Hurricane Katrina, so the city is developing a new approach, inspired by Dutch practice. New Orleans now works to manage water flows by integrating mechanical solutions with natural features, like the planned Mirabeau Water Garden, which will divert stormwater from major drainage pipes and reduce flooding. Such “nature-based solutions” are increasingly common across European cities and beyond, reversing a decades-long tradition of favoring “grey” or “hard” infrastructure solutions. 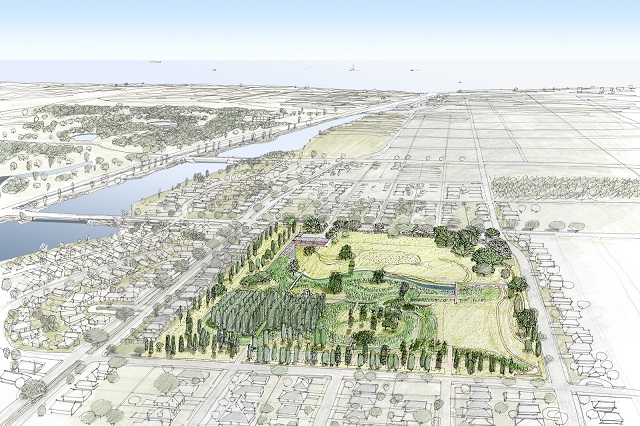 Drawing of the Mirabeau Water Garden. The initial phase of project construction is underway, funded by a FEMA Hazard Mitigation Grant Program. Rendering by Waggonner and Ball Architecture/Environment

Transforming cities is possible, and the seeds of transformation are already here. Some bold concepts in urban planning are being explored through new, planned cities. But older cities can change course too, with strategic interventions that spill over into wider change. Big ideas can catalyze other positive impacts that extend beyond the physical intervention, such as in Atlanta, which hopes to transcend its car-centric mentality and reshape how people think about space and movement through the Beltline.

The question is, how can innovative responses to challenging problems be nurtured and grown to help reverse negative trends? How can individual interventions make a bigger impact and transform entire cities? Identifying sustainable transformations-in-the-making is a complex undertaking, but improving our ability to spot and foster promising projects, technologies and organizations is critical to making resilient and equitable cities a reality.