A World Resources Institute website
Energy + Climate Change
For a 1.5 C World, Cities Must Go Carbon Neutral. They Can’t Do It Alone. 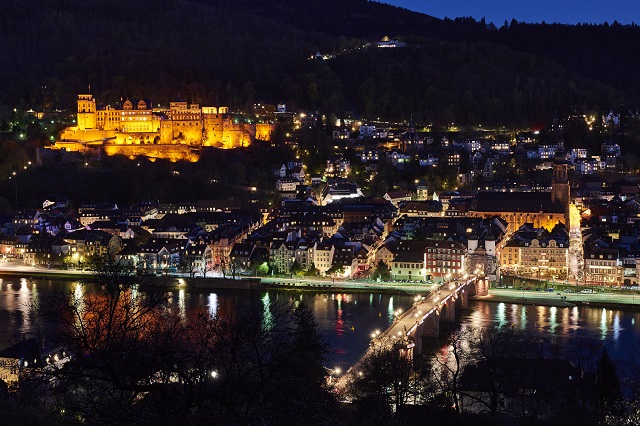 Around the world, grassroots movements like Extinction Rebellion and Fridays for Future are sounding the alarm about the climate crisis, and government representatives are responding to the call: national parliaments and cities have declared climate emergencies, the Green New Deal is gathering support in the United States and Green parties made gains in EU elections. This recognition is not a moment too soon, according to leading climate scientists’ latest IPCC report, which found that the consequences of global temperatures continuing to rise at the current pace would be catastrophic. But despite commitments from the vast majority of nations to the Paris Agreement and an upswell of action from regions, states and cities, we are still far short of what is needed.

This call to action is one we need to heed with urgency. The 2018 IPCC Special Report on 1.5 degrees C (2.7 degrees F) of global warming makes clear that to have a chance of averting a climate crisis, all cities will need to be carbon neutral by mid-century. Cities contribute around three-quarters of global energy-related emissions. With three-quarters of humanity – or 2.5 billion more people – expected to live in urban areas by 2050, the role of cities will only grow. The good news is that better urban development could reduce annual greenhouse gas (GHG) emissions while offering a $17 trillion economic opportunity by 2050 in energy savings alone.

Yet, for cities to be able to become engines of low-carbon, climate-resilient development will require a revolution in the way cities are planned, built and run, a revolution that cannot happen through the actions of cities alone. Indeed, a central message emerging from the International Conference on Climate Action (ICCA 2019) in May is that harnessing the full power of towns and cities to drive the shift to a low-carbon, climate-resilient future requires action at all levels of government, with strong supportive policy frameworks, incentive systems and financial resources for sustainable infrastructure. This is what Collaborative Climate Action is about: a whole-of-government approach to climate action based on effective partnership between different levels of government to drive greater ambition and accelerate action to meet the climate commitments of the Paris Agreement.

Greater coordination between national, state and local governments would reduce inefficiencies in implementing climate policies that can de-incentivize or blunt local initiative. Since less than four in 10 countries currently have a national strategy for cities and with over $60 trillion to be invested in infrastructure in cities over the next 15 years, this is a critical gap.

We already see examples of successful partnerships. In Brazil, state-level landscape restoration commitments spurred the federal government to pledge to bring 12 million hectares (nearly 30 million acres) of deforested land into restoration by 2030 under the Bonn Challenge and Initiative 20×20.

In Kenya and South Africa, climate action synergy is built into the constitution. The Kenyan constitution enables county governments to set up climate funds that can tap international public finance as well as blending domestic public finance with community savings. The constitution and legislation in South Africa explicitly enshrine the right of municipalities to borrow, allowing a municipal bond market to emerge and thrive.

In Colombia, a partnership between the national government and the cities of Bogotá and Medellín, based on co-financing of improved transit systems, led to greater collaboration between levels of government and improved economic and social opportunities for residents in both places.

The common thread in each case: national governments provided supportive frameworks and scaling mechanisms that built on the strengths of cities as key implementers of climate action, creating a virtuous interdependency between levels of government. In the most basic sense, cities and national governments need each other, just as they both need climate action and organization at the international level to help steer the course forward.

The richness of experiences around the world in advancing Collaborative Climate Action was on display at the ICCA 2019 High-Level Roundtable of leaders from national, regional and local governments. At this roundtable, the ICCA Declaration for Partnership for Collaborative Climate Action – which sets out guiding principles and key commitments, received endorsements from over 40 countries, regions, cities and international organizations, with 15 more endorsements in process.

There was an emerging consensus also on the key building blocks for Collaborative Climate Action, including:

Andrew Steer is President and CEO of World Resources Institute.

Leo Horn-Phathanothai is Head of WRI’s London Office and Director for Strategy and Partnerships at WRI Ross Center for Sustainable Cities.