To start off your morning, one of those posts where the only response is “read the whole thing”: the NRDC’s Karl Benfield on the current vogue for shrinking cities. It’s even got Joni Mitchell lyrics to kick the post off.

For those of you who don’t want to click through, Benfield takes on this AIA report on creating a new “green” Detroit. If you want a sense of it, take a look at this picture:

While the report has admirable sections on green jobs and sustainable transportation, the major idea in land use is to turn very large swaths of the city into parks, greenbelts and agriculture.

Benfield simply demolishes the report with two simple points. First, he writes that

“But I for one am really, really glad this idea didn’t have traction a decade or two ago, when it easily could have led to the demolition of vacant houses and properties in such wonderful, now-recovering neighborhoods as Old North Saint Louis (photo of new farmer’s market above), Boston’s Dudley Street, or even Cincinnati’s Over-the-Rhine, now poised to become a national model of revitalization done well.  Every one of those terrific neighborhoods could have been subjected to the same logic, since they all suffered serious decline and depopulation in weak-market regions before things began to turn around in recent years.”

“Everyone is saying or implying that it is all the decline of the industrial economy, but it’s not that simple.  Most of these regions are not, in fact, declining in population much or at all:  The metro areas of Detroit, Baltimore and Boston all grew from 1990 to 2003.  Metro Baltimore and Boston continued to grow in the 2000s; metro Detroit did decline between 2000 and 2008, but only by six-tenths of one percent.  Areas like Rochester and Syracuse, frequently put in the “shrinking city” column, also basically have been holding steady in the 2000s… So, yes, some central cities have depopulated badly (though even within the central city limits the rate of loss generally appears to be slowing), but most of their regionshave continued to sprawl.  I haven’t reviewed the most recent statistics but, in the 1980s and 1990s, Pittsburgh grew in developed land six times faster than in population; Boston five times faster; Chicago and Cleveland four times faster; Baltimore 2.5 times faster; and so on.”

Like I said, he demolishes it. Do yourself a big favor and go read the whole thing.

The only, only thing I would add to the post  is that we’ve seen this movie before and we know how it ends. The headline for one article about the proposal is: “Dozens of US cities may have entire neighbourhoods bulldozed.” Then once we’re done bulldozing, we’re putting in small nodes of high-density surrounded by massive park systems. The model for the Detroit plan is Ebenezer Howard’s Garden Cities of To-Morrow: 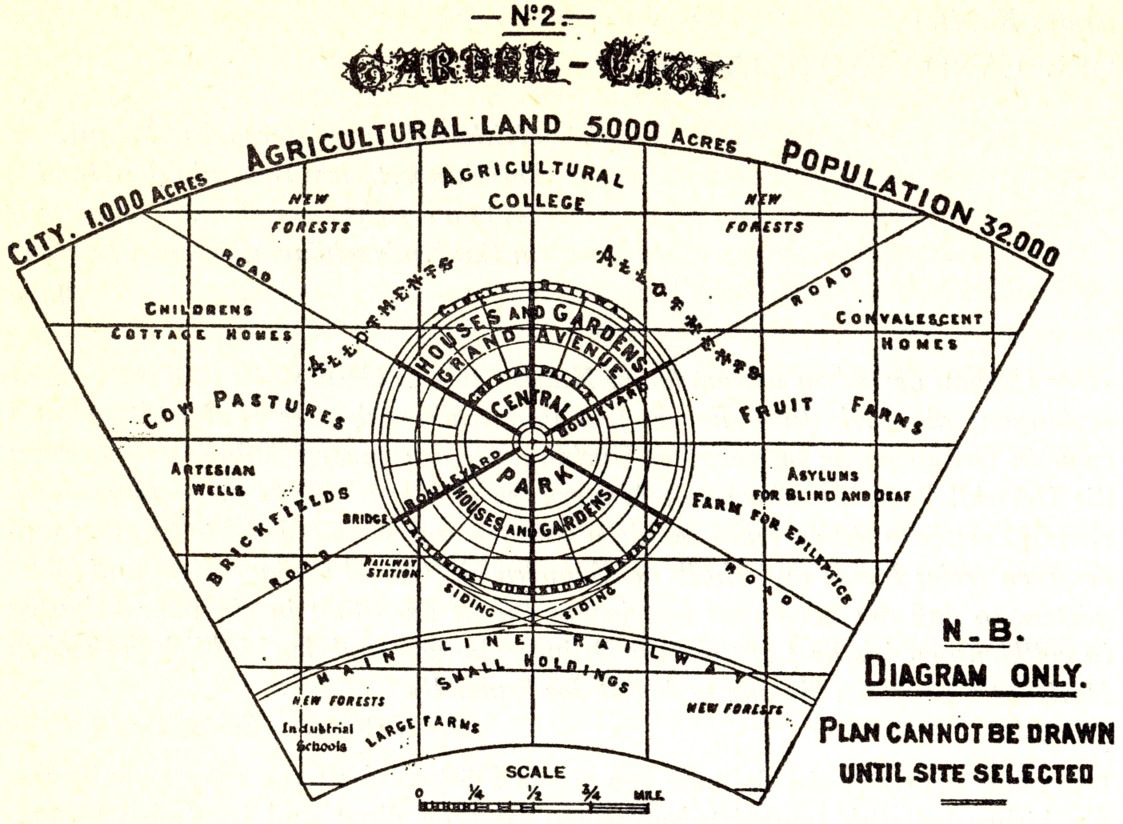 This is urban renewal. Go get your copy of Death and Life of Great American Cities, reread it, and then we can talk about shrinking cities again. Landbanks, great. Targeting development money where it’s most likely to work, great. But don’t rename urban renewal and expect to fool us.