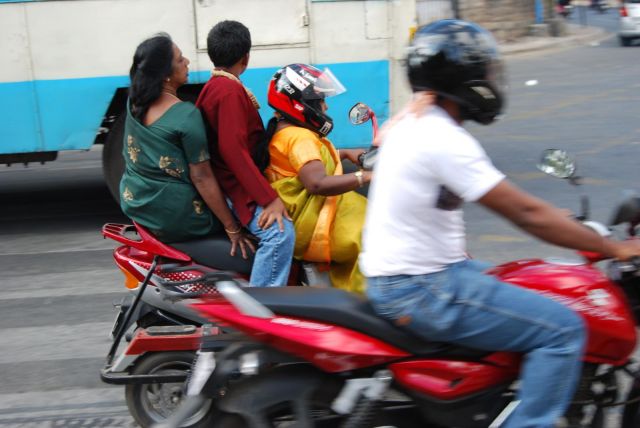 India’s national government is taking the most significant steps in years to make it safer to drive and walk in the country.

More people and more cars in India’s fast-growing cities mean higher chances of deadly crashes and life-altering injuries. Between 150,000 and nearly 300,000 people die in motor vehicle crashes every year in the country, according to government reports and the World Health Organization. That’s between 400 and 800 people every day, the highest number of traffic deaths in the world.

The law was originally crafted in large part to encourage motorization, explained Amit Bhatt, director of integrated urban transport at WRI India Ross Center, in this episode of the WRI Podcast. Now it needs more punch when it comes to safety.

“Road safety is very fragmented,” Bhatt explained. “If you were going to ask who is responsible for creating road safety, you will get at least 17 agencies in a city.”

The new law sets up a national road safety board that has representation from important stakeholders from both the state and federal levels. It also allows the federal government to levy fines against contractors, government agencies and companies with bad safety records; adds “Good Samaritan” protections for those responding to accidents; and increases funding for public transport. The more people who use public transport, Bhatt explains, the fewer vehicle kilometers traveled and the fewer deadly crashes. These changes “make it important to create safe roads, not just only roads,” he said.

The new law is in line with similar efforts around the world to encourage a more systematic approach to road safety. Traditional approaches have focused on changing driver behavior. But behavior is just one piece of the puzzle, said Claudia Adriazola-Steil, director of health and road safety at WRI Ross Center for Sustainable Cities.

“Humans will always make mistakes ‒ we cannot punish someone with death or serious injury if they make a mistake on the road,” she said. “We have learned a lot from Sweden and Netherlands, in particular, on how they designed these policies that are called ‘Safe System.'”

The Safe System approach strives to design road systems ‒ including infrastructure, but also traffic enforcement, speed limits, vehicle design standards and more ‒ in order to mitigate the chances of injury or death when the inevitable mistakes by drivers and pedestrians happen. Injury and death rates in countries and cities that have enacted Safe System are a fraction of the global average.

Adriazola-Steil said the impacts of such a comprehensive approach could be far-reaching. “Indian cities are suffering with air quality, and if we get more people biking and walking and taking mass transportation, we will definitely see improvement in that regard,” she said. “Climate change and other areas will also benefit.”

The result of such cutting-edge legislation could be a turning point for road safety in India, said Bhatt. “We are seeing a national movement that is building ‒ which is that we can’t afford to lose any more lives on our roads.”

Listen to the full podcast on Soundcloud or below:

Schuyler Null is a Communications Manager for WRI Ross Center for Sustainable Cities.