A World Resources Institute website
Integrated Transport
Hyderabad Metro: Back to Square One 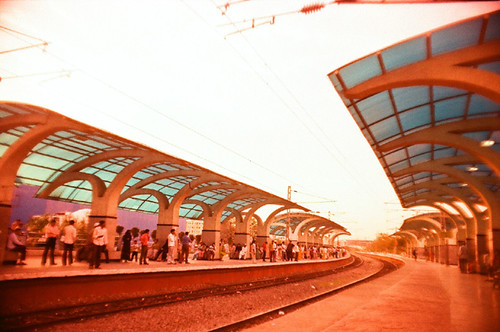 When the deal to build the Hyderabad Metro was announced a year ago, the transport community in India (and beyond) was very excited by the innovative financial arrangement: a Rs 12,132 crores (USD 2,515 million) project with zero public investment or guarantees. Moreover, the consortium in charge of developing the project committed itself to pay Rs 30,311 crores (USD 6,285 million) in three installments by the end of the 33-year lease period. The deal included the development of 1 million square feet of public land along the metro rail route, including depots and stations. It was a very promising real estate and transit deal in the style of Tokyo or Hong Kong, or the initial tram lines in most European and American cities more than 100 years ago.

This was too good to be true. On July 7, the Andhra Pradesh Government scrapped the project and it is not certain that the project will be re-tendered soon.

The main reasons for the failure are the financial and legal troubles of the main partner of the consortium in charge of the project, Mayta Infra, of Satyam Computer Services Ltd., whose chairman Ramalinga Raju resigned after saying he falsified earnings and assets in January 2009.

But the reasons for the project failure go beyond the troubles of the main partner. The size of the deal, on top of the international financial crisis that reduced the possibilities to raise debt, contributed to the project’s demise.

Project implementation also faced important challenges, such as the relocation of encroachments of the right of way and the areas set forth for development, relocation of public utlities, impacts on traffic, managing the intense monsoon weather, and many other engineering and social issues.

As Hyderabad goes back to square one in the implementation of its mass transit system it will be interesting to review its options.

Can the deal work again?
Probably yes, but it is unlikely. Even proponents that participated in the first process did not step in to replace the failed contractor. The current market environment in India and abroad, and the lack of a local business champion, may create very difficult conditions for such a deal to be signed again in similar terms. Very probably, if the state government wants to insist on the real estate-metro deal, the extraordinary conditions Mayta Infra and its partners offered will not happen again. Rather than receiving money, Andhra Pradesh and the Government of India would be required to provide extensive guarantees and funding.

Is it necessary to limit the transit technology to metro?
Actually no. Prior to the metro project failure, the city, with the help of international organizations, evaluated a very interesting bus rapid transit project. The project would provide the accessibility benefits of the metro at a fraction of the cost. Real estate development can be also considered as part of an integral bus system, as has happened in legendary Curitiba, Brazil.

India still lacks a world-class example of a high-performance bus system, as the experiences of Pune and Delhi are not yet high quality. But it does not mean Indian cities should not try to pursue the bus alternative, which has become the option of choice in new transit projects in China, Europe, Canada and Latin America.